At Hanshin Arena Shopping Plaza, the biggest department store in Kaohsiung City in the southern part of Taiwan, we have joined the Japan Fair held in early November and 850kg of sweet potatoes from Tokushima called Naruto Kintoki are sold out within the 12 day period. 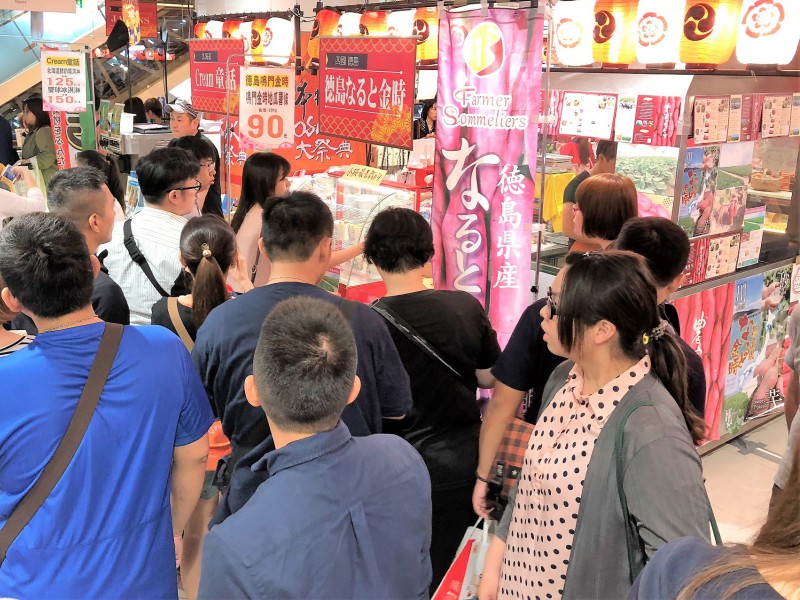 Three months before the Japan Fair, we sent a university student from Tokushima to the site as an intern in order to see how to sell our Naruto Kintoki Sweet Potato, as a result after the tasting and discussion with the staff of department store, we decided to sell “Naruto Kintoki French Fries” in addition to raw sweet potatoes at the Japan Fair.

Since Naruto Kintoki has the density of starchy, as the inside stays flaky while the outside becomes crispy after steamed and fried, we can say French fries will be one of the best recipes to appeal the advantage of Naruto Kintoki.

During the actual fair, we had confidence in the taste since we spent about an hour carefully cooking French fries with the steaming pot and frier for professional use we rented.
Even observing visitors from Japan, it was enough to say that they have rarely seen the event that provided sweet potatoes with such a big amount of time and effort. 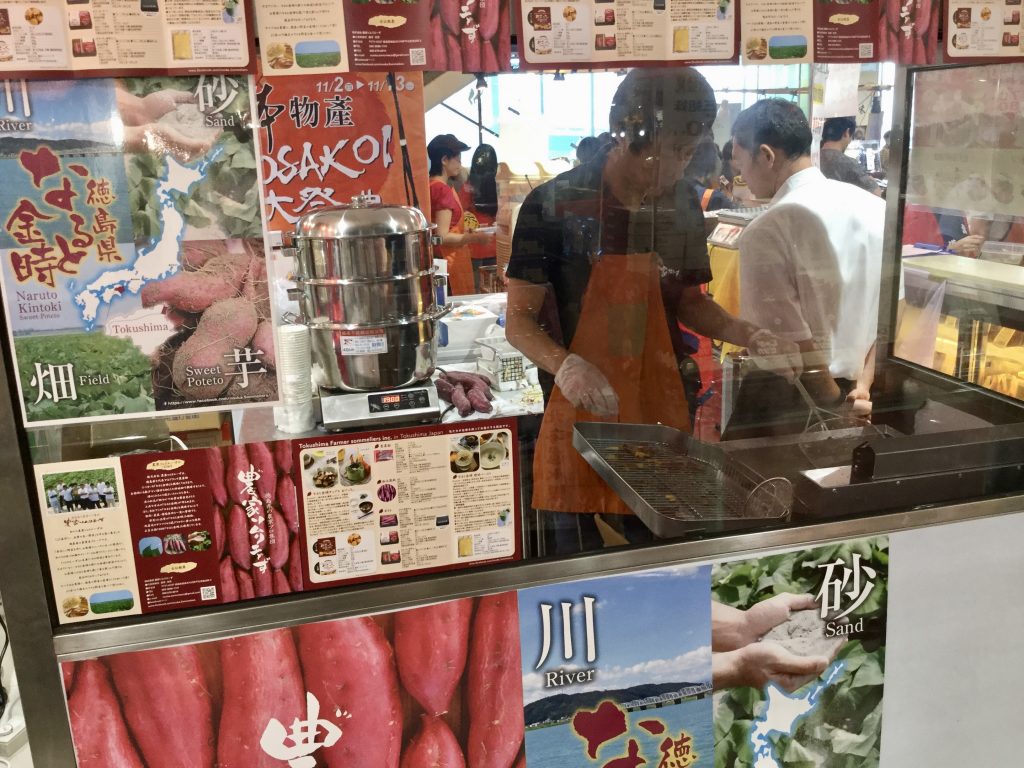 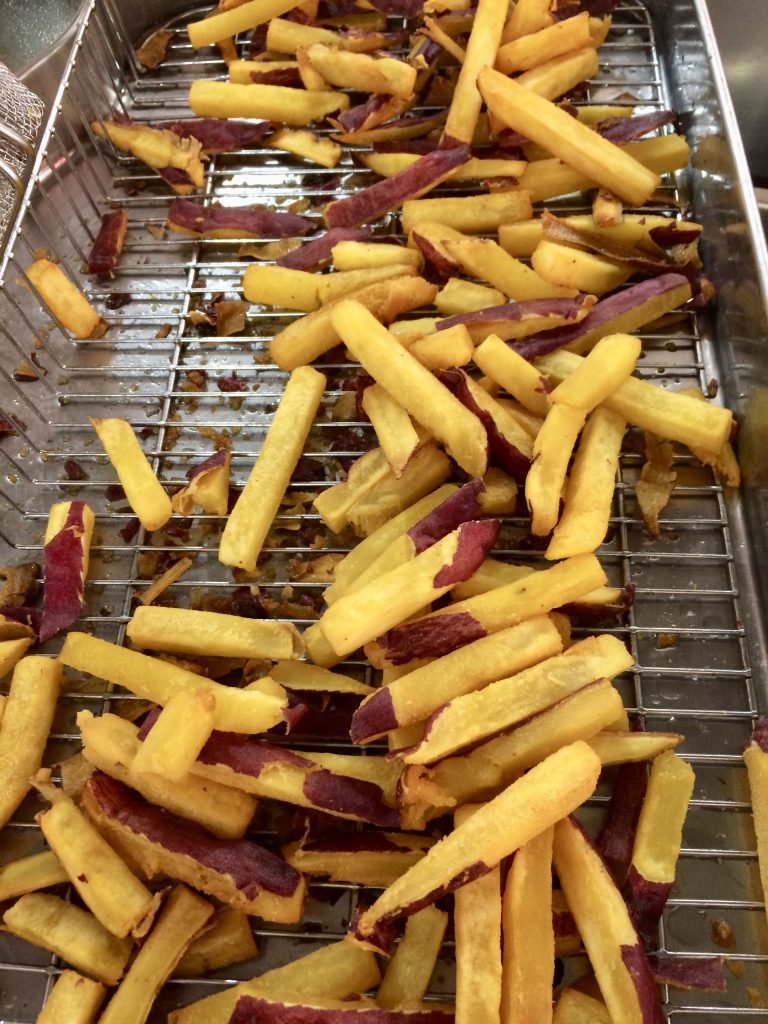 The deliciousness of French fries got a good reputation among customers and department store staff so that some of them came to buy it many times during the fair.
Since customers understood the high quality of Naruto Kintoki, we assume that it became a synergy effect that plenty of raw sweet potatoes were sold at the Japan Fair as well as the premium supermarket called JASONS Marketplace on the underground of the department store.

In addition to the part-time sales staffs arranged locally, Japanese students from Tokushima as well as Taiwanese students whom we met at previous events in Taiwan also participated in the sales, they were selling hard from morning till evening sometimes wearing serious Cosplay clothes.
Our booth became vibrant that made it possible for students from Japan and Taiwan to cooperate each other to create innovative ideas so that the sales staff in other booths said they would like to work at our booth. 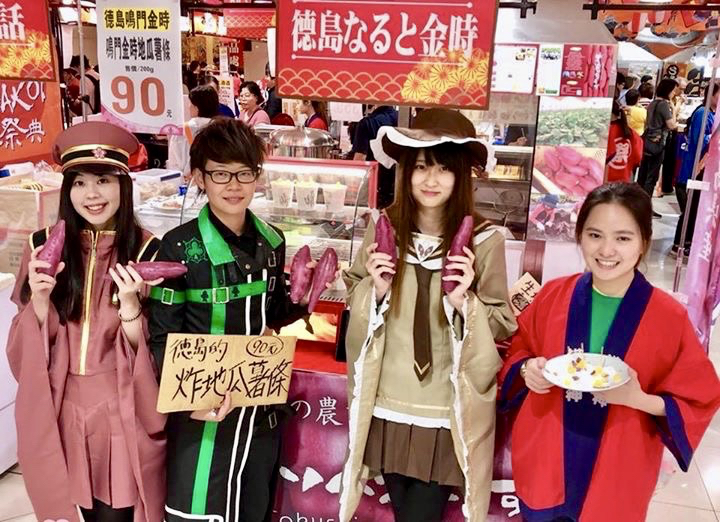 We remember, although we all were concerned if we could not start selling in the first few days of the fair since our products shipped by sea cargo could not clear the customs as scheduled, fortunately, thanks to the efforts of everyone involved, we could keep selling without any product shortage even for a day and it was like a drama that all products were sold out in the afternoon on the very last day.

Even though we were struggling to sell another product in the same event a year ago, we believe the know-how and human relationship we got last year could also lead to the success of this year.

We would like to express our sincere gratitude to everyone who cooperated with us, including Hanshin Arena Shopping Plaza and the Shikoku Economic Federation, who gave us opportunities for participating in the fair for two consecutive years. 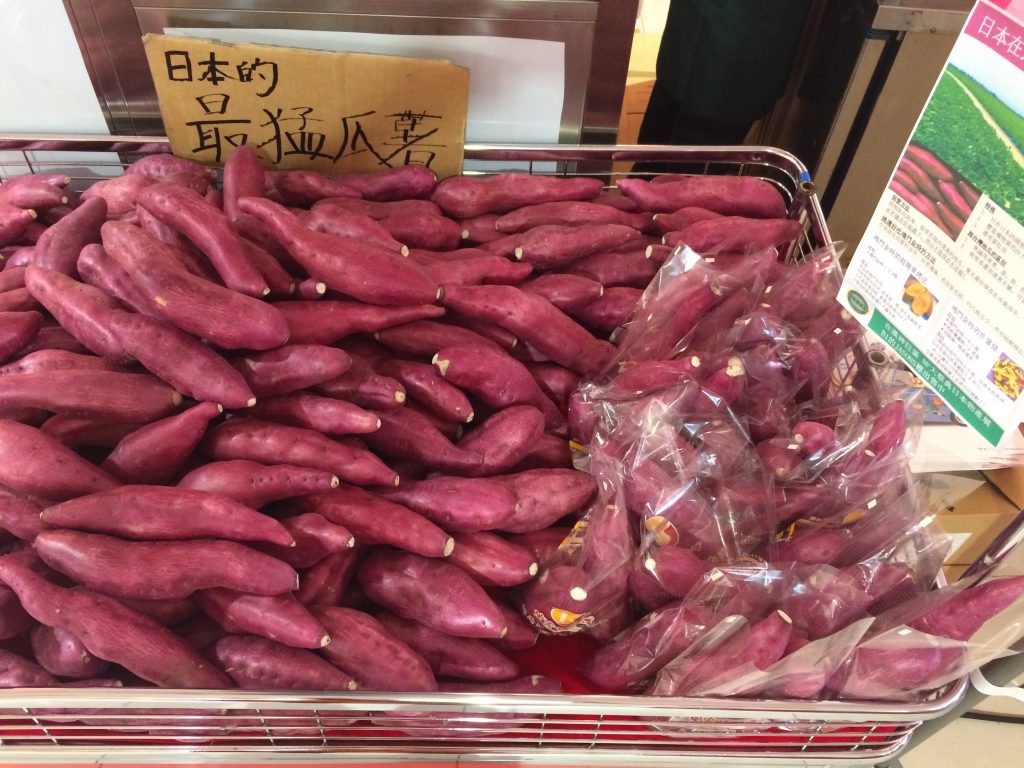